With this calculator you can convert online from millivolts to volts easily, you will only have to enter the values ​​in the calculator.

Formula to convert or pass, calculate and transform from millivolts to volts:

How to use the millivolt to volt calculator:

It is very simple, you just have to enter the millivolts that you want to convert and click on the convert button, if you want to change the data you can click on restart.

How to convert or switch from millivolts to Volts in just 1 step: 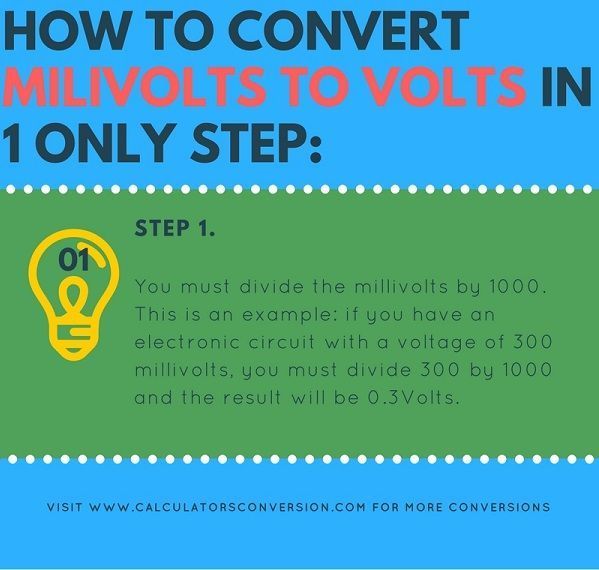 You must divide the millivolts by 1000. This is an example: if you have an electronic circuit with a voltage of 300 millivolts, you must divide 300 by 1000 and the result will be 0.3Volts.

Examples of millivolt to volt conversions:

There is a prototype cell that requires 1200 millivolts, in volts how much would it be?

Rta: // You only have to divide millivolts among 1000, which will result in 4Volts.

Definitions of millivolts and volts:

It is a unit of potential difference equal to one thousandth (10^3) of a volt.