With this calculator you can convert from VA to kW easily, quickly and free any electric power, the calculation takes into account the power factor.

For more ease we show how to convert from VA to kW and show the formula that is used for the conversion and a table with the main conversions from VA to kW.

How to convert VA to kW in only 1 step. 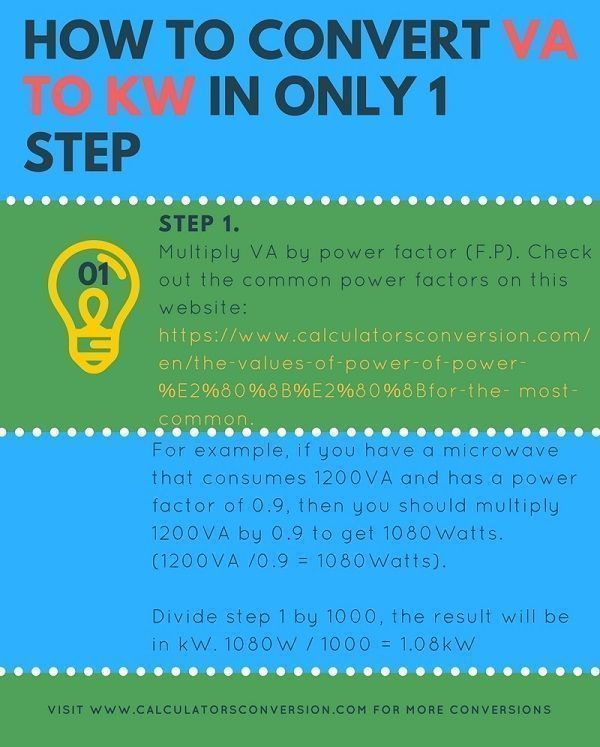 kW: is Working Power (also called Actual Power or Active Power or Real Power). It is the power that actually powers the equipment and performs useful work.

Resistive devices or loads such as heaters, incandescent lamps are rated in kW.