With this tool you can convert online from Watts-VA to Power factor automatically, easily, quickly and free.

We also show the most common power factors of different constructions, appliances and motors.

How to convert Watts-VA to Power factor in only 1 step. 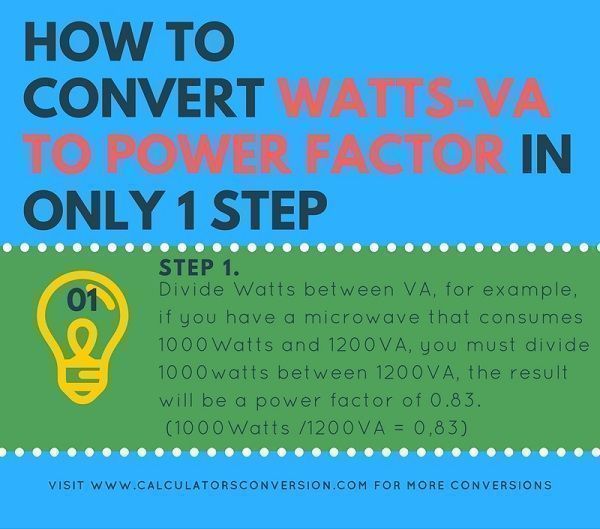 Resistive devices or loads such as heaters, incandescent lamps are rated in Watts.