With this tool you can convert online Watts to VA automatically, easy, fast and free, we show you how to convert from Watts to VA.

For greater ease we explain that formula is used for the calculation and a table with the main conversions of Watts to VA.

We also show the most common power factors of different constructions, appliances and motors.

How to convert Watts to VA in only 1 step. 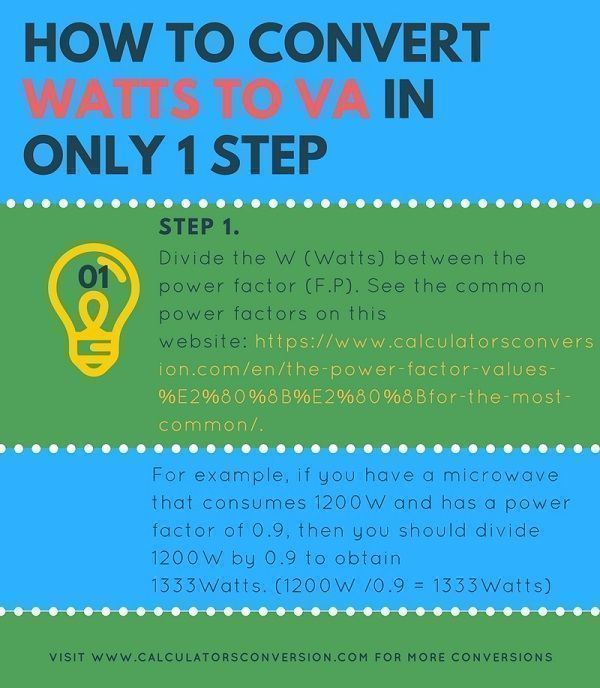 Divide the W (Watts) between the power factor (F.P). See the common power factors on this website: https://www.calculatorsconversion.com/en/the-power-factor-values-%E2%80%8B%E2%80%8Bfor-the-most-common/.

Resistive devices or loads such as heaters, incandescent lamps are rated in W.

VA: A kilovolt-ampere, commonly referred to as a VA, is commonly used as a unit of power in obtaining the electrical capacity of circuit breakers, uninterrupted power supplies and wirings.

VA is larger than W because loads are inductive such as motors, discharge lighting, reactors and more current is required to keep the magnetic field energized than is -turned into heat (W).