Calculator to convert from Joule to Volts in a practical, automatic and easy way.

Formula to convert from Joules to Volts:

How to convert from Joules to Volts in 1 single step: 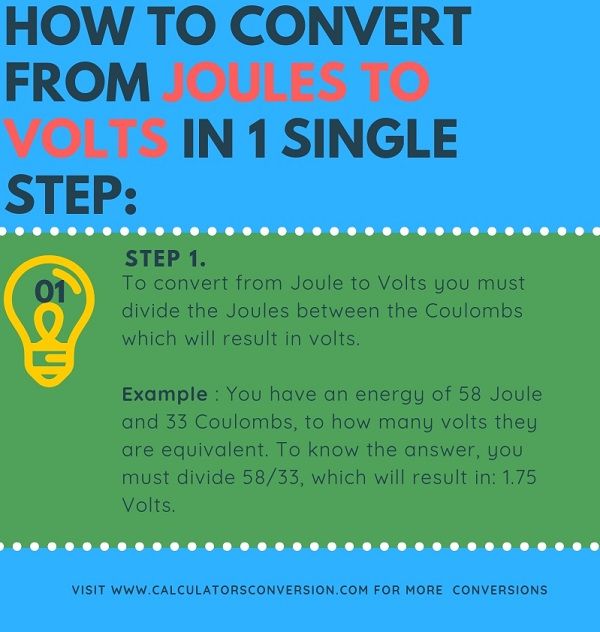 To convert from Joule to Volts you must divide the Joules between the Coulombs which will result in volts.

Examples of joule to volt conversions:

Answer:// To know the answer, the formula should be used, which indicates the following: Volts = Joule / Coulomb, replacing the variables would be: Volts = 6400/120 = 53Volts.

Answer: // To get the answer you must divide the Joules among the Coulombs, therefore using the online calculator, we can obtain a response of 19.8 volts.

Table of Joules to Volts for conversion, equivalence, transformation (Coulomb: 10):

Note : In the previous conversions, a Coulombs of 10 is taken into account. For different variables, the calculator that appears at the beginning must be used.