With this calculator you can convert from Volt Amp. (VA) to Amp. (Amperes) automatically, easily, quickly and free any electric power.

We also show how to convert VA to Amps to 1 step, the formula that is used for the conversion and a chart with the main conversions from VA to Amps.

VA to Amps calculation formula for generator and transformer: 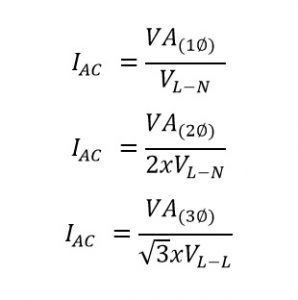 How to convert VA to Amp. in only 1 step: 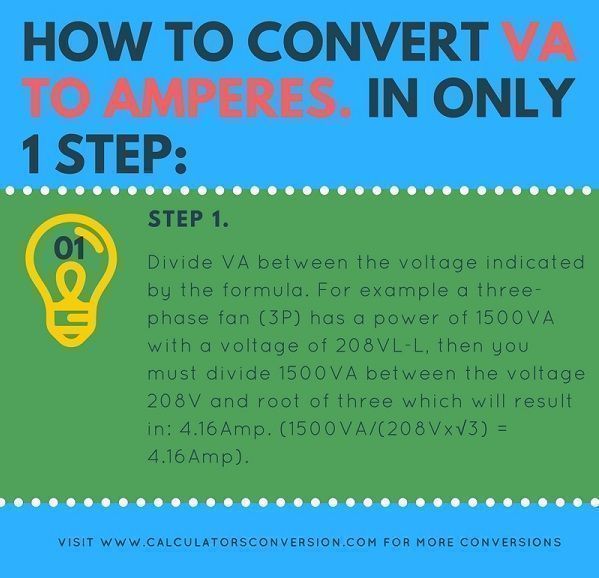 VA is larger than Watts because loads are inductive such as motors, discharge lighting, reactors and more current is required to keep the magnetic field energized than is -turned into heat (W).