This tool performs the calculation and conversion online (online) from Volts to Megavolts, easily, automatically and for free.

Formula to convert or pass, calculate and transform from volts to megavolts, single-phase, two-phase and three-phase:

How to convert volts to megavolts in only 1 step: 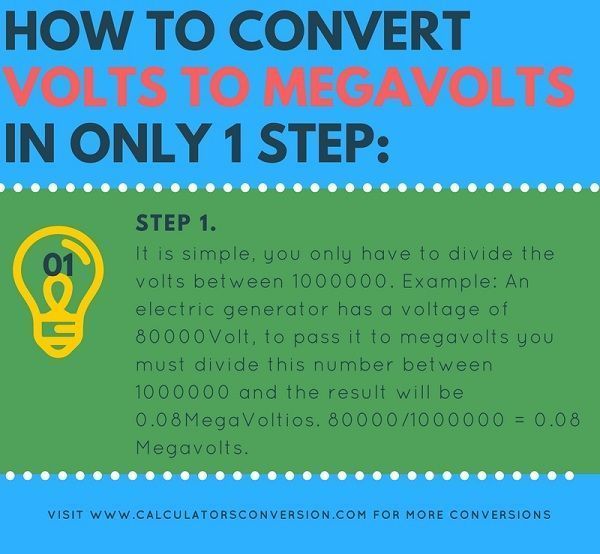 Examples of conversions from volts to megavolts:

A power line has a voltage of 300000Volts, how many megavolts does this line of power have?

A team in a hospital has a voltage of 20000 volts, how many megavolts does the hospital equipment have?

How to use the megavolt to volts tool:

It’s simple you just have to enter the volts in the box indicated on the calculator, then click to calculate and you’re done, if you want to enter new data you must click on restart.