kWatts: KW is Working Power (also called Actual Power or Active Power or Real Power).
It is the power that actually powers the equipment and performs useful work.
The real power in watts is the power that performs work or generates heat. Power in watts is the rate at which energy is consumed (or generated). One watt is one joule (energy) per second (1 W = 1 J/s).
Resistive devices or loads such as heaters, incandescent lamps are rated in KW.

kVA: A kilovolt-ampere, commonly referred to as a kVA, is commonly used as a unit of power in obtaining the electrical capacity of circuit breakers, uninterrupted power supplies and wirings.

KVA is larger than KW because loads are inductive such as motors, discharge lighting, reactors and more current is required to keep the magnetic field energized than is -turned into heat (KW).
Inductive devices or loads such,. as tansformers and motors having power factor less than 1.0 are generally rated in KVA. 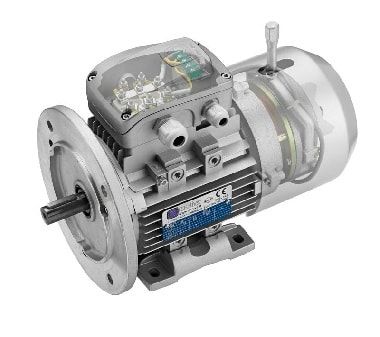 Horse power: The horsepower (hp) is a unit in the foot-pound-second ( fps ) or English system, sometimes used to express the rate at which mechanical energy is expended. It was originally defined as 550 foot-pounds per second (ft-lb/s). Defined by James Watt (1736-1819) the inventor of first practical steam engine.

Volt: Metric unit of electric potential, equal to the amount of electric pressure (electromotive force) that will produce a steady current flow of one ampere against a resistance of one ohm. Named after the Italian scientist Alessandro Volta (1745-1827), inventor of the first battery.

Motor Efficiency: Electric motor efficiency is the ratio between power output (mechanical) and power input (electrical). Mechanical power output is calculated based on the torque and speed required (i.e. power required to move the object attached to the motor), and electrical power input is calculated based on voltage and current supplied to the motor. Mechanical power output is always lower than the electrical power input, as energy is lost during conversion (electrical to mechanical) in various forms, such as heat and friction. Design of an electric motor aims to minimize these losses to improve efficiency.